How Much Money Did I Earn from Writing in 2021?

Income and other stats from my first somewhat successful side hustle

It's an increase of almost 10 times compared to last year and is quite amazing considering that I am still a fairly small writer on Medium. Some bigger YouTubers like Graham Stephan talk about how much money they make in a year and you will often see blog posts about how much money the biggest writers can earn. However, small to medium-sized creators are often underrepresented, so I wanted to publish my earnings as well, which are certainly a lot more achievable than the millions you see somewhere else.

Earning money from writing varies quite a lot from month to month depending on the success of your stories. The majority of the money a story generates typically comes within the first week, so in months where my income has peaked, at least one of the stories I published ended up doing quite well. My highest earning month has been July where two stories had some success and I also got an additional bonus of 100$ from being one of the top 2000 writers that month. 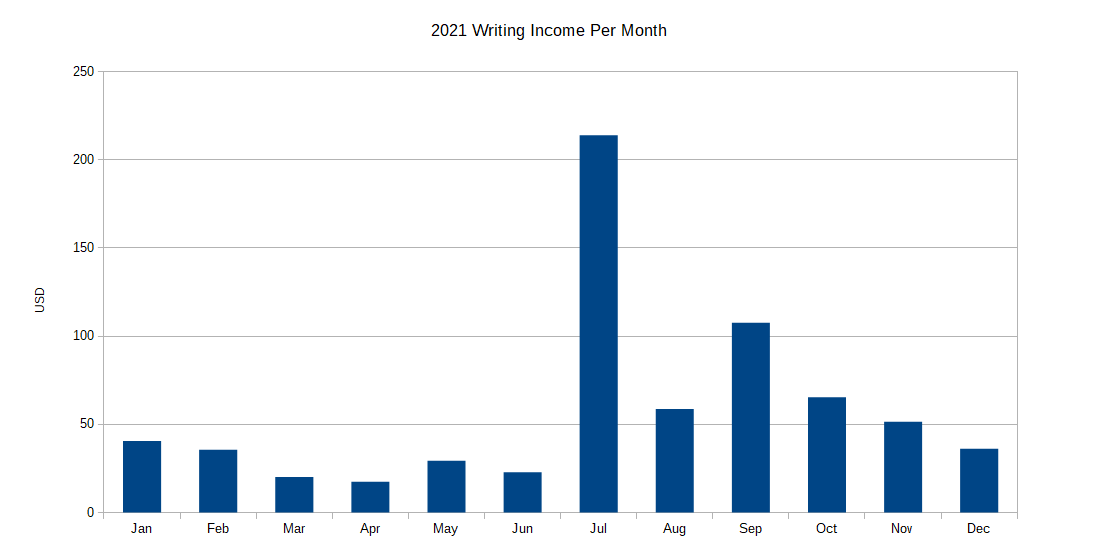 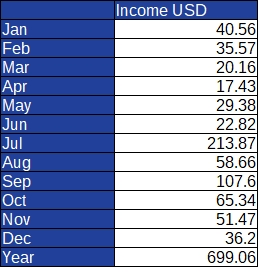 Number Of Stories Per Month

I have published 72 stories in 2021, which is a nice average of 6 per month. The number of stories also fluctuated from a low of 3 to a high of 10. I did some freelancing work this year and during March and April and October to December it was the busiest, which showed in the number of stories I was able to write in those months.

However, is there actually a correlation between the number of stories and the income? No, and yes. There is no guaranteed reward for publishing a story and it's mostly dependent on luck how much money a story is going to earn. However, just like buying more tickets in a lottery, publishing more stories gives you more chances to get a successful story and you can see a slight correlation in the graph with the number of stories and my monthly income. 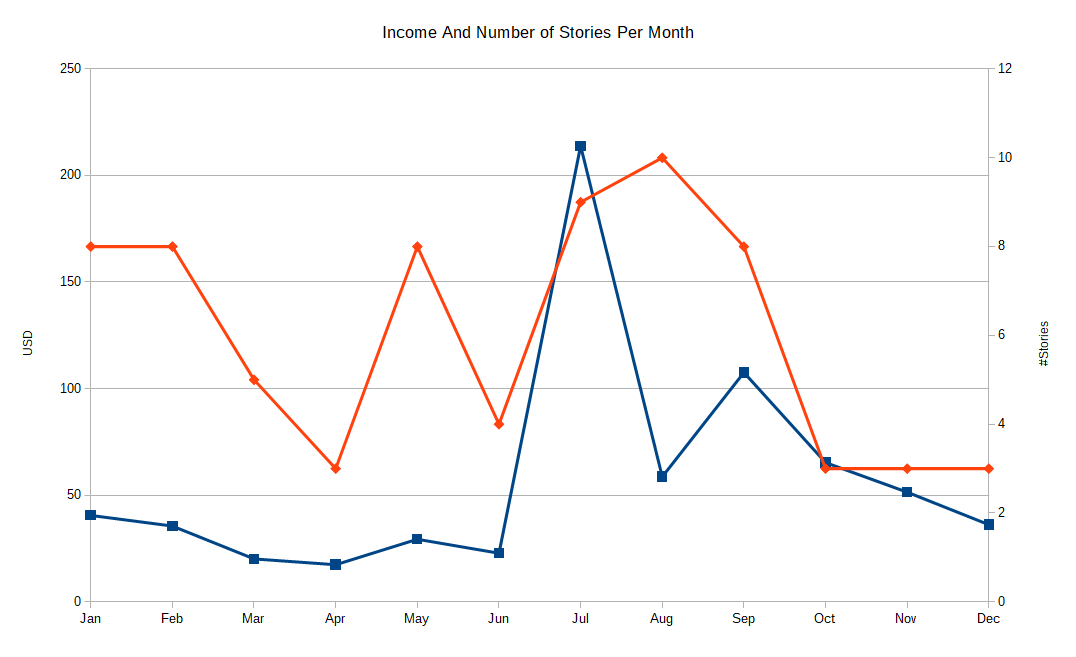 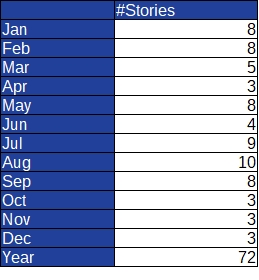 Now let's have a look at my estimated hourly wage from writing. I don't keep track of the exact number of hours, but I would guess the average is somewhere around 5 hours per story, maybe even more, I'm kind of a slow writer. Dividing the average earnings per story of 9.71$ by 5 hours results in an hourly wage of 1.94$, which is far below minimum wage. So if money was my only reason to keep writing I should quit right now, but luckily I still enjoy it for other reasons so far.

My followers on Medium increased at a slow and steady pace over the year with hardly any deviations from the trend line. It's organic growth because I don't like follow for follow and I don't participate in it. 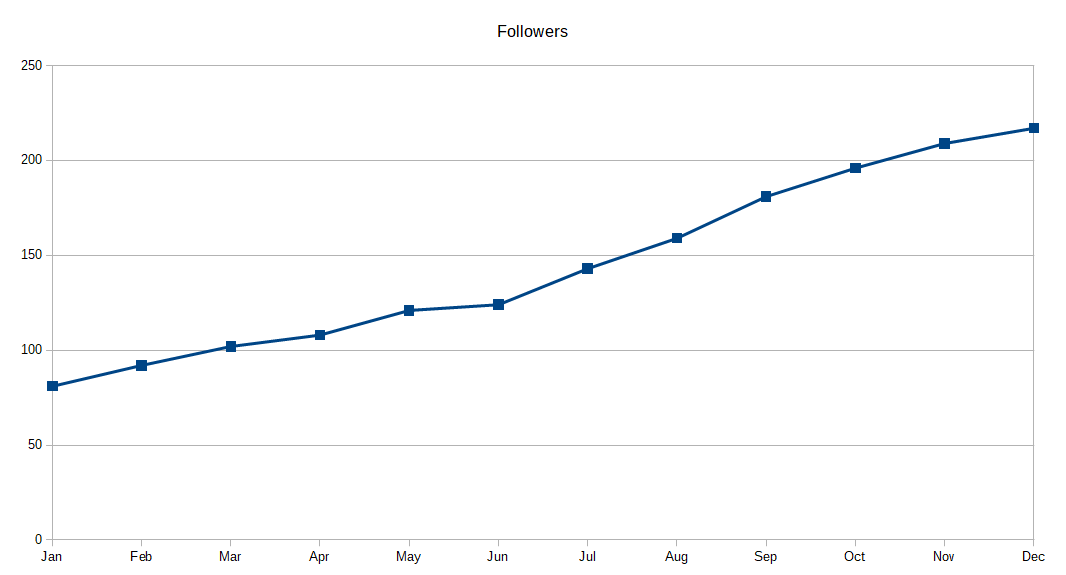 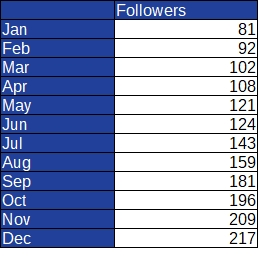 Earning almost 700$ from writing online still feels insane to me even though it's far below minimum wage and not even close to being able to live off of it. There aren't any guarantees, having a good month doesn't mean anything for the next one, and everything might disappear (or get canceled) at any time. Even just repeating the same success I had in 2021 feels almost impossible at the moment, but if writing has taught me anything is that you cannot predict the future and anything might be possible. So thank you so much for reading my content, following, and leaving nice comments. To an even better 2022!