29.09.2019 - 16:46
Just a short blogpost this week, because I got sick during the latter half of the week and didn't get as much done as I would have hoped for. First I added a few things I noticed while writing last weeks blogpost, such as a small random scale variation for enemies so they aren't completely identical. I also added a slow and stun duration immunity. Previously there was only a complete immunity to stuns or slows, but being 100% immune to slows/stuns is extremely strong and would make that wave very difficult. Now the enemies can have for example a -50% slow duration, so slows only affect the enemy 50% of its original duration, which adds a lot more flexibility when creating balanced waves.

Next, I started with the redesign of the selection interfaces, because they weren't looking that great. I rearranged the elements on the wave selection buttons to make the information easier to read (and to fix the spawn rate text going out of bounds issue). I also made a new paper background texture for the buttons, because the old one looked very flat and uninteresting. After this it was the wooden background textures turn and it took me 2 hours of experimentation with all kinds of different patterns and colors until I went back to the more red-ish colored wood, which most of the other ui textures use. I really like how it looks in the smaller uis, but the selection uis are rather big and prominent and it never really looked right, but I can't think of a better solution at the moment and it isn't terrible so it'll do. While testing the new look I let the timer run out and realized that the wave details button didn't show up when the time ran out, so I fixed that bug. 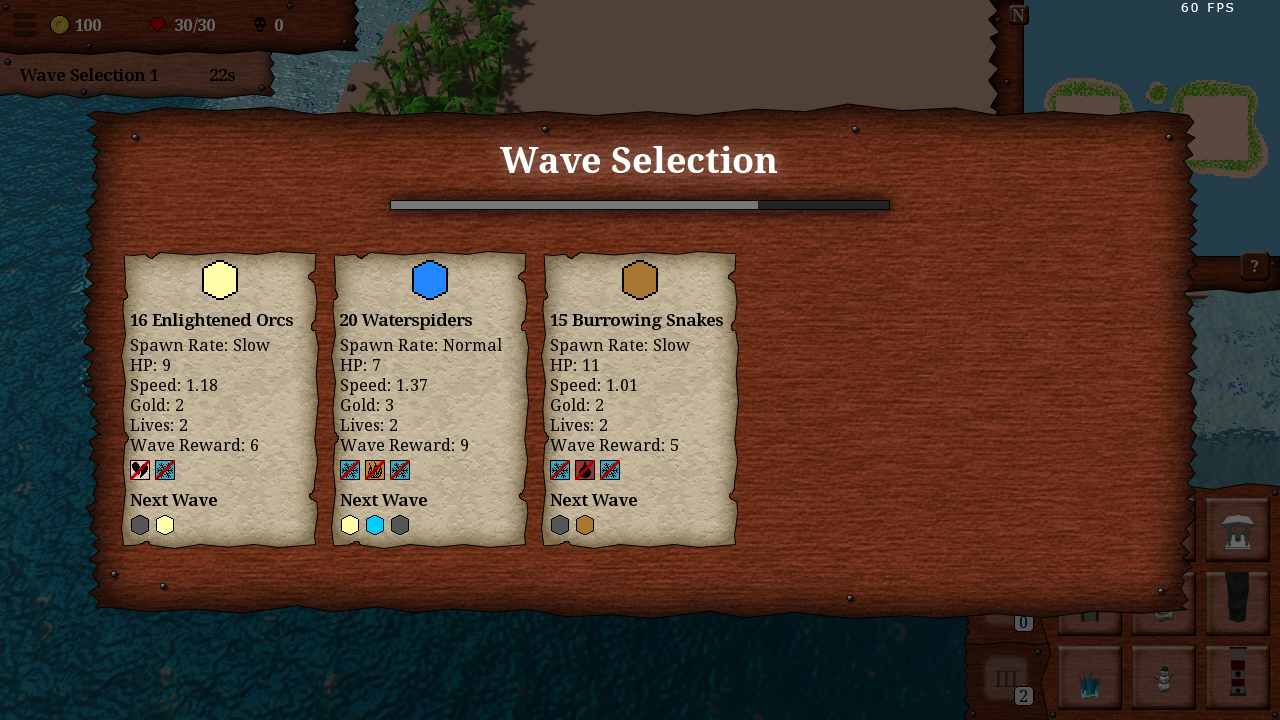 I had another idea to add more flexibility when designing higher tier towers: unique towers - towers that can only be built once. This allows for some really powerful rare or legendary towers, that would be too strong if built an unlimited number of times, but can exist once per player. I added unique towers as an effect, changing the effect system paid off, it is fairly easy to add new effects to the game with the new system. 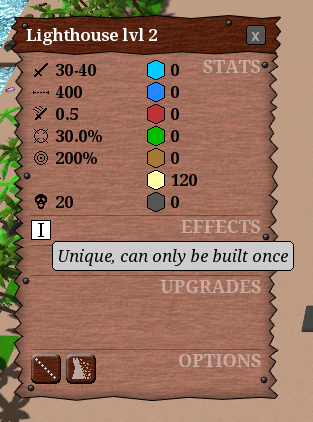 Analogue to the wave selection ui, I also updated the reward selection ui and the initial selection ui to the new style. I also finally tested what I had long suspected and indeed loading my own image file format (uncompressed) is a lot faster than loading a png image. I won't have so many textures that storage space is a major concern, so I am probably going to use my image format for most textures to speed up loading. 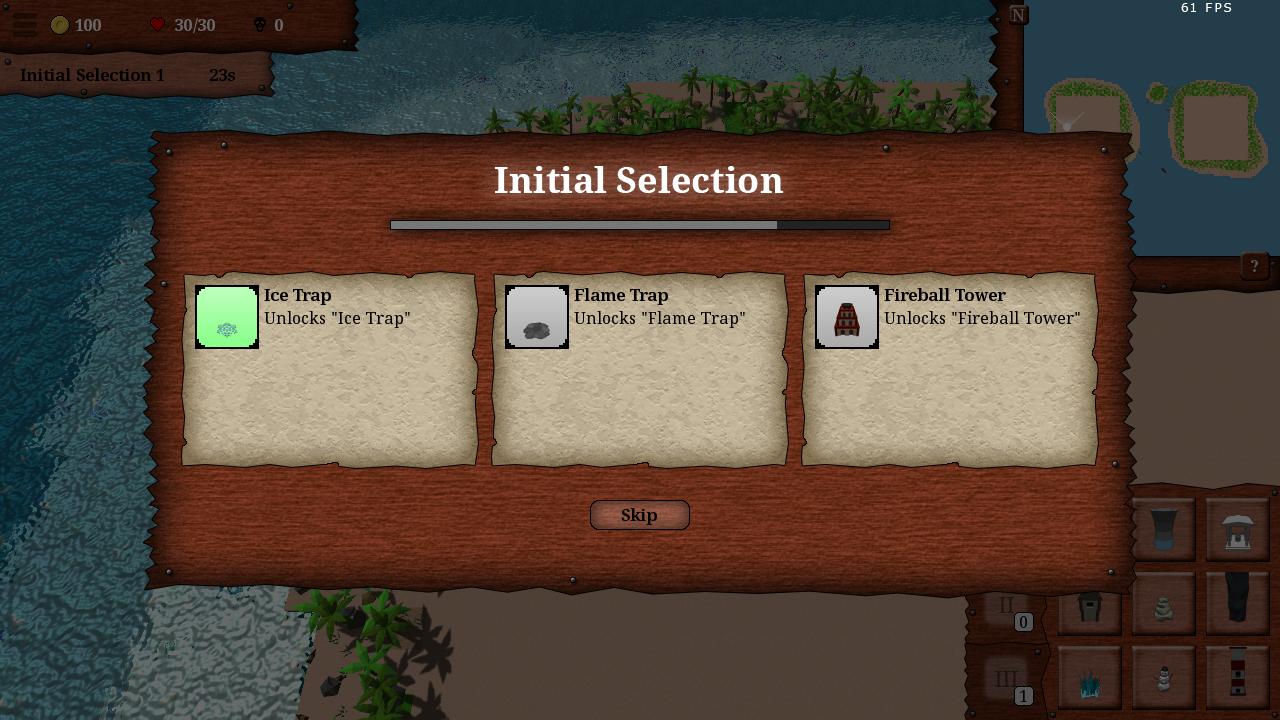