Today I added another new UI element - an item browser, that shows all items the player has picked up. It required a few changes in the code, I was only saving the unique items that had been picked up, because I had to prevent an unique item being picked up twice. Now all items, even those that unlock new buildings are saved and can be seen in the item browser. I also made it so it updates on the fly if it is open when a new item is picked up. 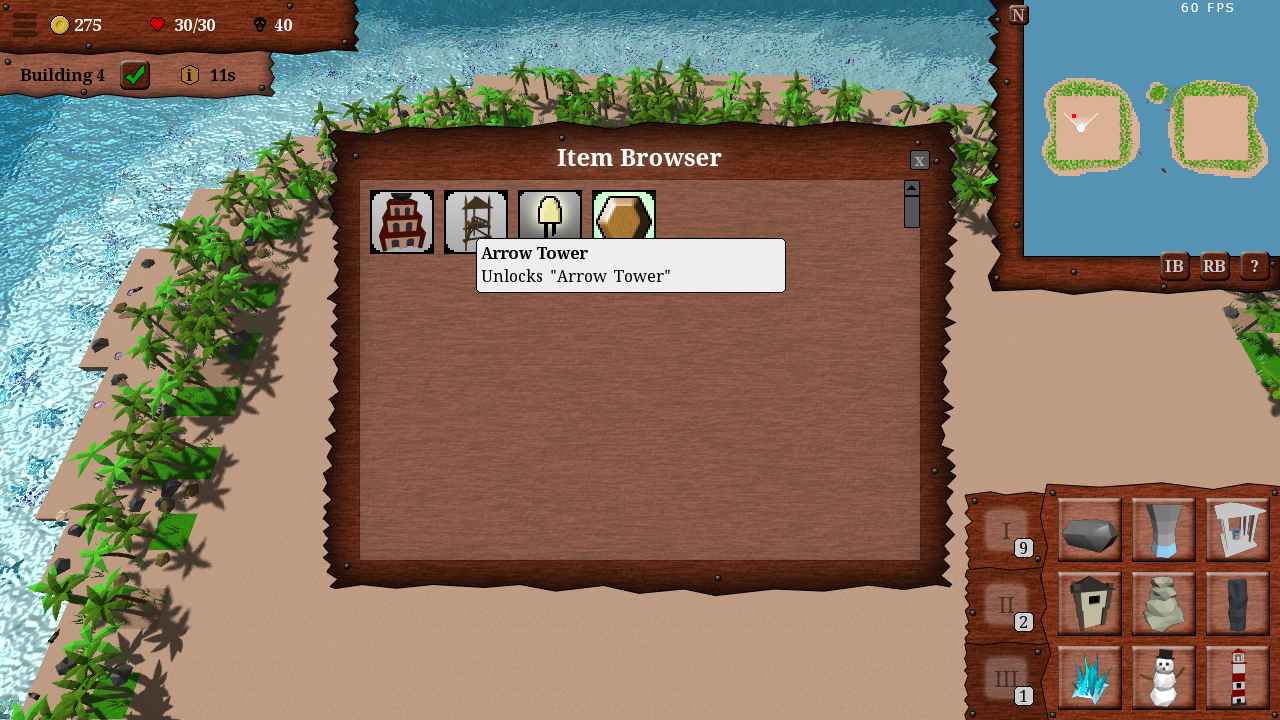 To show the player a bit more information about the items in the item browser, I added a new hover effect to them, that does exactly that. I also realized last week while working on the seed options, that there was no way to actually see the seed of a run, so I added the seed to the esc menu.
Then I implemented two new on hit effects: First the Marked effect, that adds a Marked debuff to an enemy and then the Finisher effect, that deals extra damage if the enemy is marked and the marked debuff is consumed. While adding the new effects I realized that the on hit effect calculation code was the same or very similar at multiple places in the code depending on the attack type, which is obviously stupid. So I combined all of them into a single function, which made the code a lot cleaner.

I wanted to do a few more updates to my model editor to get better values and images of the tower models. I added a window and a small indicator to get a good value for the launch height of projectiles, so the light house shoots from its top light house part and not from the concrete tower area for example. I also improved the preview image creation, the editor will now show an indicator at the center of the frame so it is easier to position the camera for the shot. And because the preview images have a transparent background I added a white background below so you can still see the edges of the image. Finally, I updated the tower button creation tool so it respects the preview image data from the model file. In the evening I added a new on hit effect again: the Regeneration effect. It will only be on very few towers and have a low chance to happen, but when it does the player regenerates a life. 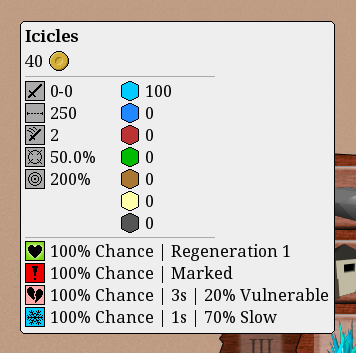 while working with the preview image generation yesterday, I realized that I had implemented it not optimally before. I was just saving the result of the projection and view matrix, but to have proper lighting in camera space in the preview image render I need them seperatly. So I bit the bullet and changed it in the model file, which broke the preview image of all older models, which isn't a huge issue, because they are only really used in my map editor. I also added a quad in the size of a game tile to the model editor and an option to change the display scale of a model to get a good value for the model scale in the game.

With all the changes to the model editor I could now go through all existing tower models and get their correct launch height, model scale and set a good camera position for the preview image, and even though I have less than half of the models I need it took quite some time and was very tedious.

Another week with a lot of smaller tasks and nothing really great to write about. I have been dreading to get started with the creation of the real tower set for the game. While I am looking forward to create more towers with cool effects and models, there are still a lot of simpler towers left to be made, which is very repeating work. But mostly I am worried about getting the balancing "right". Realisticly there is no "right" when it comes to balancing, but it has to be at least good enough and I am not really experienced in balancing.