03.02.2020 - 18:28
All of this was before christmas, but I didn't get to writing the blogpost before christmas and then I decided to take some time off over christmas and new years, and got sick after that, so it's been a while since this happened, but for completion's sake, I wanted to make a short blogpost anyway. There will be another blogpost in a few days with a summary of 2019.

I actually started with the creation of more towers for the final game, but while working on that I still found a few problems with the web tool. Once I had 40 towers in there (sadly mostly placeholders) it was getting tough to see things at a glance, so I added altering line colors and more indicators for towers that are unlocked from the start or that are only upgrades. I also noticed that there was no way to specify traps or other different attack types in the web tool so I had to add an option for that as well. Finally, I thought that I might be a good idea to actually test whether the exported towers from the web tool can be imported into the game, and naturally they couldn't. Luckily there were only minor mistakes, like php using 0 and 1 instead of true and false in the exported json files or me spelling things differently in the web tool and in the game. There was also a problem with loading the tower models, because I had an extra directory in their path, which was easy to fix, but I also added a new check to the game so it does not crash when it cannot find a tower model.

I made a bunch of new tower models in Blender:

Some of them turned out better than others, but the more models I can make the better, I can always tweak and polish things later. My favorite is the venitian bell tower: 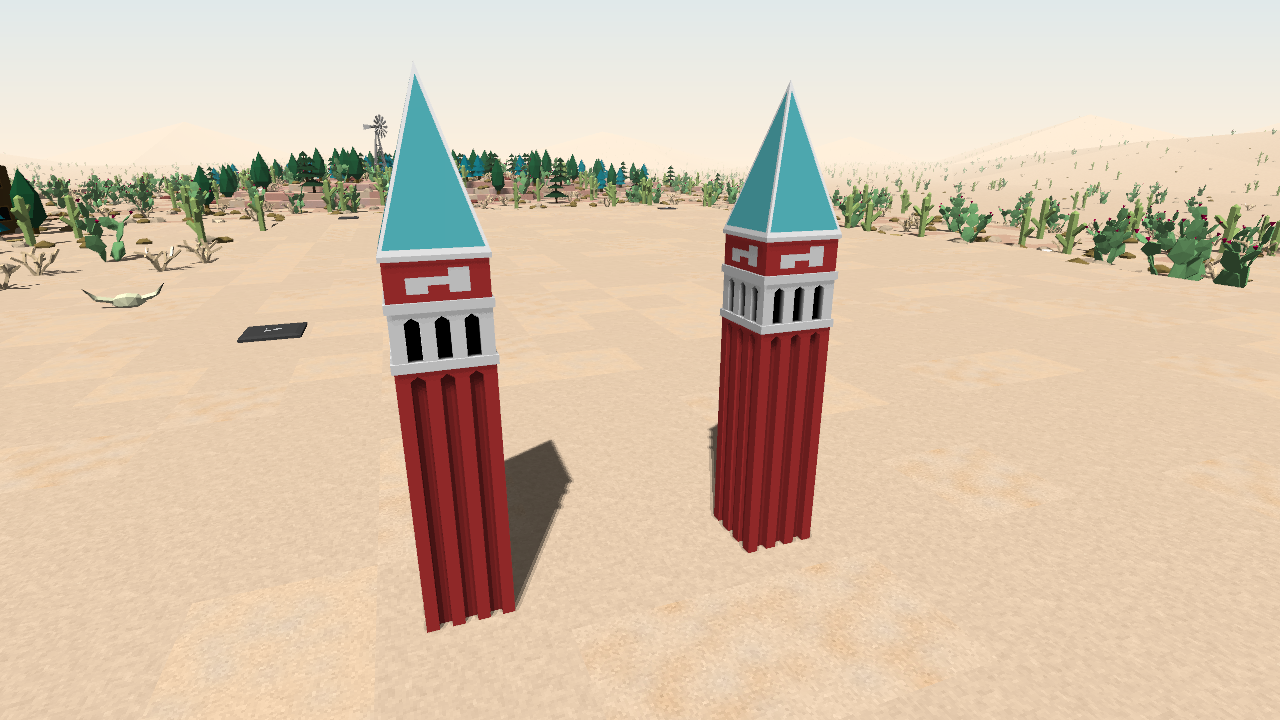 When I created the building window I only gave it up to 3 buttons for upgrades, because I thought I probably wouldn't need more than that. But when I was thinking about more towers I could add I wanted to make a damage aura tower that could be upgraded to an elemental damage aura tower of any elemental type. And because working on interfaces it more fun than creating towers I added a new window that pops open if a tower has more than 3 upgrades. Most towers are still going to have less than 3 and they can still use the old way to show the upgrade buttons directly in the building window, which is more convenient, but if a tower has more than 3 upgrades there will be a button instead that opens the new upgrade window. The new window has slots for up to 9 upgrades and I am 99.9% certain that I am never going to have more than 9 upgrades. I also cleaned up the image folder and moved a lot of textures into subfolders, because it was getting very cluttered. 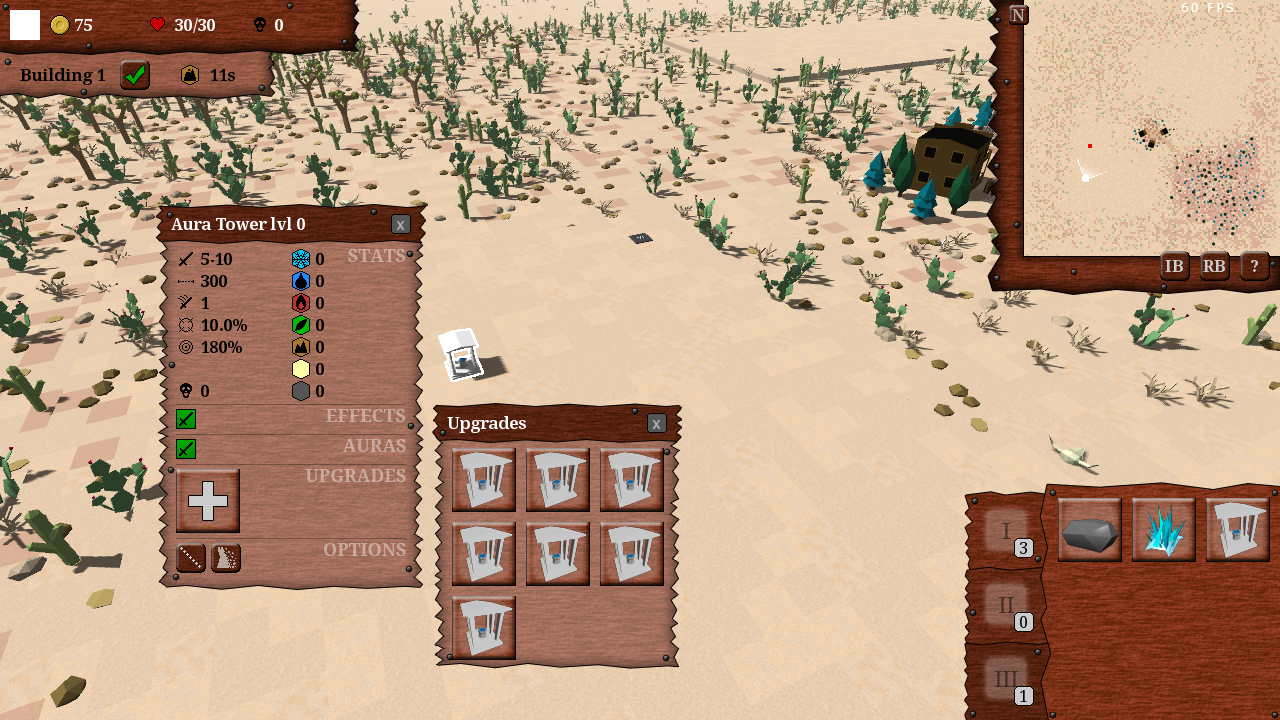