Game development, writing, and other projects in a crazy year

04.01.2021 - 18:22
2020 has been a tumultuous year. Now that it's finally over, I wanted to have a look back. Obviously, the pandemic had a massive effect on all of our lives and worsened other long-standing social, environmental, and economic issues.

Despite all the craziness, however, I was able to work on a lot of projects. While I didn't get nearly as much game development done as I would have liked, I improved a few things and started to polish the game.

One of my biggest highlights of the year was discovering my passion for writing. I have learned a lot but there is still much to improve on for the future. My biggest motivation boost comes from people reading some of the stories I wrote and if you are one of them and happen to read this: Thank you very much!

A Slow Start And Progress

2020 had a bit of a slow start for me. I got a nagging cold around the new year, wasn't feeling great, and couldn't start the year as productively as I wanted to. However, after that followed a productive phase. I got back into developing my game, made some nice improvements to my editor, and started to polish some of the rougher areas of the game.

I began using Twitter at the start of the year and got into the habit of posting regular game development updates and screenshots. It also was a nice excuse to create more models in Blender and post the rendered images. In the beginning, my tweets didn't get any attention, but after a while and the inclusion of some hashtags, I was getting a few likes and retweets, which was pretty cool.

A volcanic map for my game: 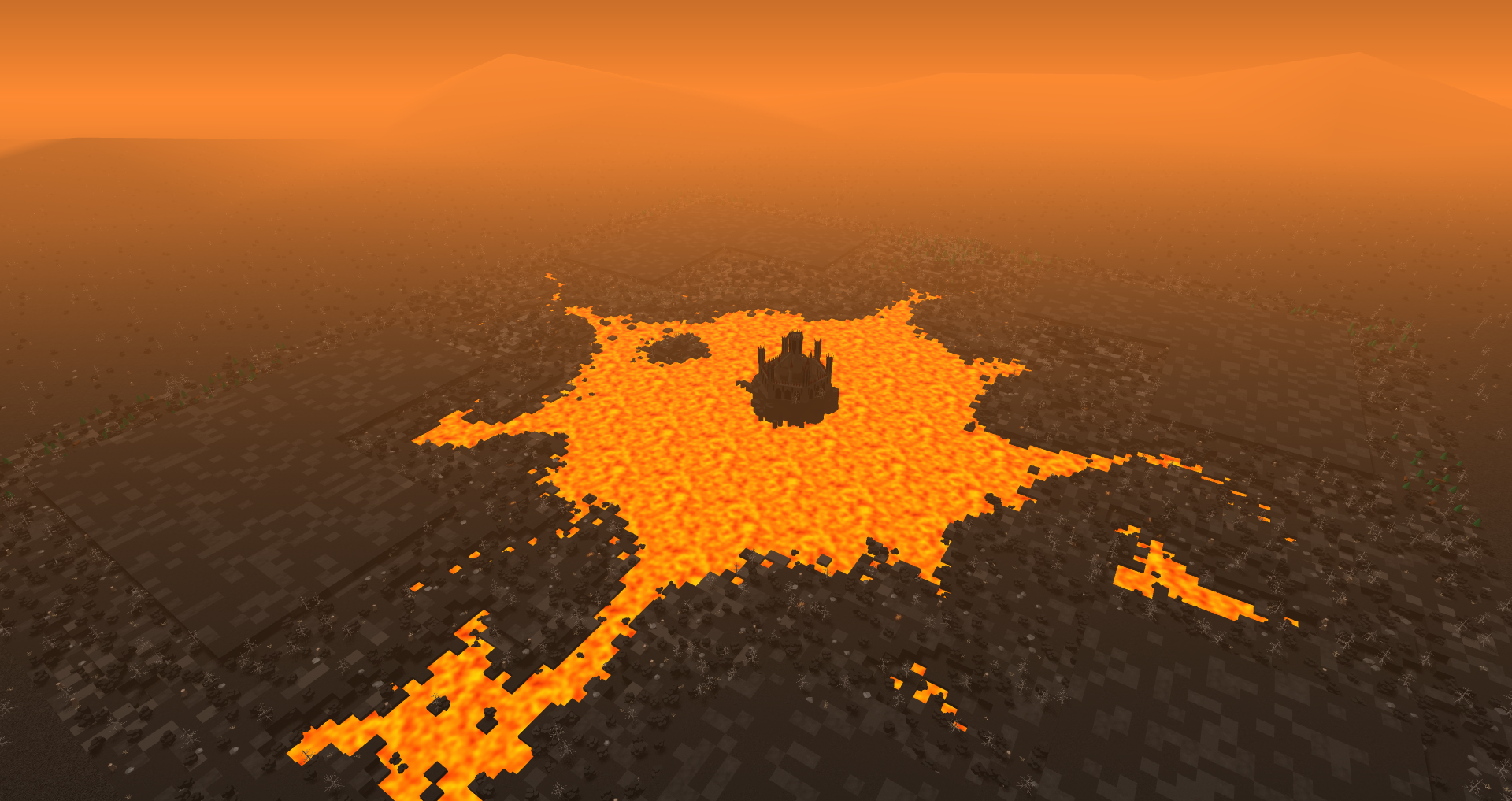 My Discovery Of Writing

In late April, I randomly saw a video on YouTube about Medium and the possibility of earning money from writing. I had been writing regular blog posts about my game development progress on my website, so I figured it couldn't hurt to post them on Medium as well. After a week without any views, somebody read my story and I earned 3 cents, which was the first money I had ever earned online and felt absolutely amazing.

I changed the tone of my next game development blog post a bit to make it more Medium friendly and to my utter surprise, it got curated and accepted into The Startup.

I wrote a few more stories and some of them get curated, which earned me a grand total of 53 cents in my first month. This may sound minuscule to all of you millionaires around here, but I thought it was amazing.

Over the next month, I was still focussing mainly on game development but started to write a few stories about other topics besides programming as well. When browsing Medium I kept seeing a lot of stories about writing daily and staying consistent. So for the month of July, I wanted to try to write one story per day.

And… it didn't really work out. I managed to do it for 15 days, but I quickly ran out of good story ideas. I prefer to write about things that I am working on or am otherwise involved in. However, when I spend most of my day writing, I didn't have any time left over to do other things, which in turn made me run out of ideas to write about.

After that, I went back to a more mixed schedule of working on other things, writing less frequently, and taking more time per story to (hopefully) achieve better quality. And it works a lot better for me, I got more views and earned a few dollars. Also, because of climate change, it was way too hot for a lot of concentrated work, so I didn't get as much done over the summer.

With a more mixed schedule of programming and writing, I had always a lot of things to work on. I didn't get back into game development but started to modernize my user management system and created a custom content management system for my website from scratch. I participated in Ludum Dare and got my best results so far placing 18th in the Compo. And I still managed to write 8–10 stories per month, which got a few views and I earned a few dollars every month.

A Blender render for Halloween: 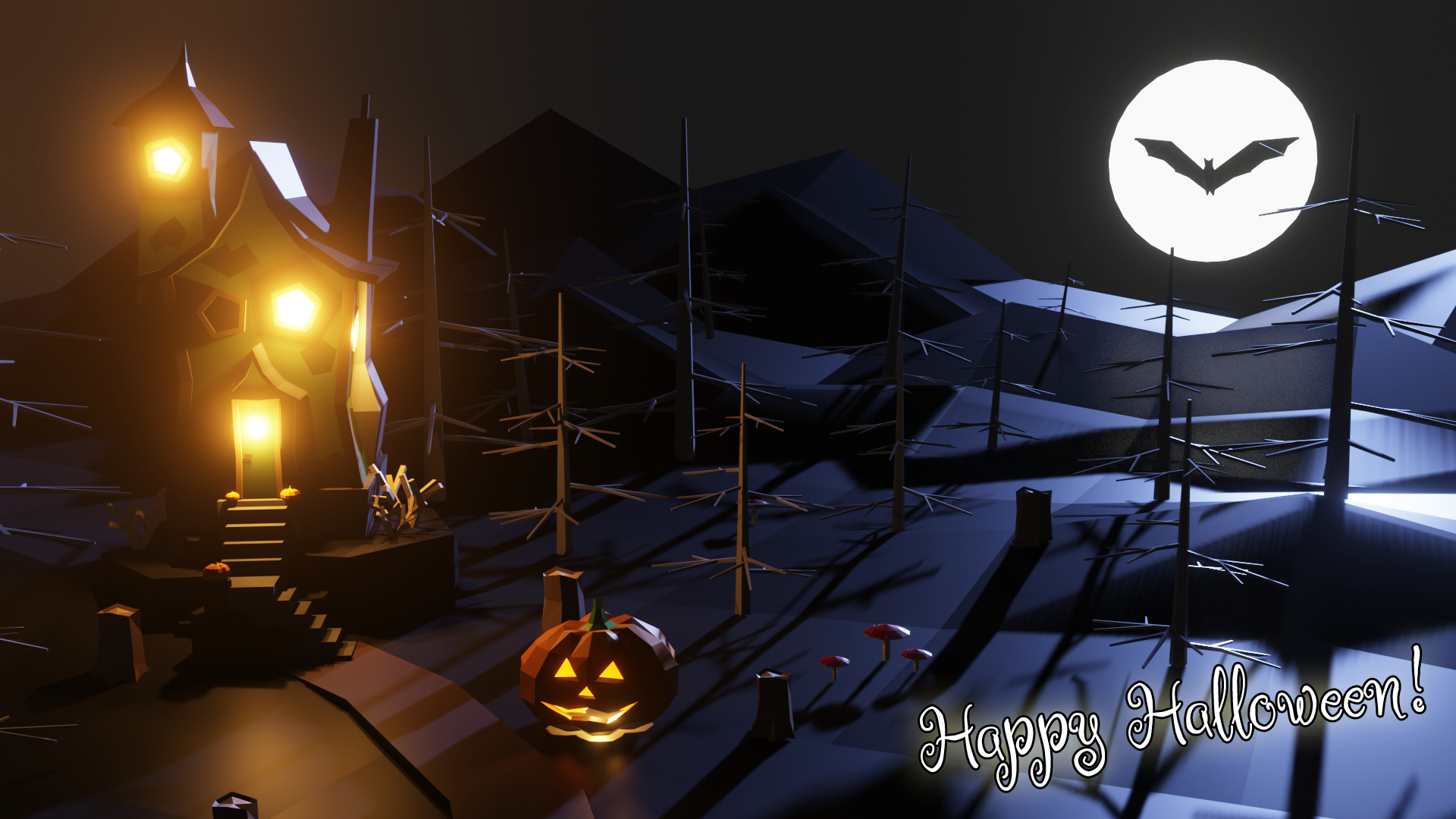 I would be remiss to leave out the pandemic in my review of the year. When it first arrived in Germany it was scary. We didn't know enough about its transmission, what to believe, and how to behave correctly. After some initial hesitation by the government, lockdowns and social distancing rules were put in place, which managed to contain the worst after the initial spike. Over the summer, the situation was mostly under control. There were always a few cases, so we had to stay diligent. Some restrictions were lifted and unfortunately, too many people became too careless over the summer. Therefore, once fall came around, the situation got worse every week. Even more so than in the spring, the government didn't react fast enough and didn't tighten the rules before it got worse.

Personally, I didn't mind the lockdown too much. I'm not somebody who likes to go out every weekend anyway or eats out regularly. I would have liked to meet a few friends in person every once in a while, but at least we were hanging out in TeamSpeak and played more multiplayer games when everybody was stuck at home.

The most disappointing aspect of the pandemic was (and still is) the behavior of small, but large enough, parts of the population, who didn't even follow the rules put in place by the government and common sense logic. It's not that difficult to wear a mask and avoid gatherings of people, but for some, their personal convenience apparently outweighs protecting thousands of lives.

With 2020 in the books, we can start to look at 2021. There are many serious challenges ahead. The pandemic isn't over and it will take months until vaccination has a significant effect, so we have to stay diligent. Even more serious is climate change, which is getting worse and worse every year and will affect more people than the pandemic did. We have to fight the climate emergency!

My personal goals for the year are getting back into game development and finishing my game, while still continuing to write regularly and improve my skills as a writer. I also would like to get into freelancing in some form, but we'll see what the future holds.


As bad as 2020 has been, it hasn't been all bad for me. I started to tweet regularly and fell in love with writing. In addition to game and web development, modeling in Blender, and the occasional YouTube video, this has lead to a lot of variety in the things I'm working on. While it didn't result in any financial success (yet), I am happy with what I am doing. Whether the world returns to normality in 2021 or not, we gotta keep grinding.